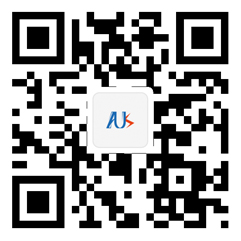 The future looks bright for electric cars in China amid rapidly fluctuating gasoline prices and huge investments by the government to promote use of clean energy, industry sources said on Monday.

However, inadequate battery technologies and the long charging time continue to be major detriments for the rapid growth of electric cars in China, they said, adding that it was important for Chinese battery makers to spread wings in overseas markets to upgrade their battery technologies.

Tianneng Group, the biggest supplier of batteries for low-speed electric vehicles in China, said it plans to put in more efforts to expand in overseas markets by not only selling more products, but also developing its lithium-ion battery technologies, hoping that it would play a key role in boosting the growth of the domestic electric car market.

Zhang Tianren, chairman of the battery manufacturer in East China's Zhejiang province, said Tianneng is likely to take a controlling stake or at least make an investment in a battery company in Germany.

"The reason why we zeroed in on German companies for deeper cooperation is because they are strong in research and development capabilities, especially in the automotive industry," he said.

Germany has pledged to make itself a hub for battery production with massive investment in research and development. The country also has a dense and modern transportation infrastructure, creating a huge demand for electric bicycles and vehicles.

"Even during the financial crisis, Germany's battery industry was in rapid growth," said Zhang, also a member of the National Committee of the Chinese People's Political Consultative Conference. "An electric bike can sell at a price as high as 120,000 yuan ($19,200), making the battery industry a potential market for growth."

Though a number of battery companies are on Zhang's shopping list, the timeline for such deals still remains unknown as the road ahead might be bumpy.

Zhang said the biggest hurdle for an overseas takeover in battery industry is how to manage the research and development costs.

"As automakers are racing to make cheaper electric cars with longer battery life, they become more price conscious," he said. "A foreign investment will add more cost to the production, so we have to be very cautious in selecting the deals."

Beyond questions of what kind of deal it might be, Zhang said it is clear that the core value for a foreign takeover lies in its future potential, driven by research and development and technology breakthroughs in the battery industry like whether the batteries can retain charge at extreme temperatures.

Apart from Germany, countries in Southeast Asia such as Vietnam and the Philippines are also among top export destinations for Tianneng, the first battery company listed on the Hong Kong Stock Exchange in 2007.

A couple of years ago, the battery maker set up offices in Vietnam, mainly for lead-acid battery export.

Tianneng is not the only company reaching out to foreign markets for battery technology and betting big on the growth of electric vehicles in China.

In 2013, Chinese auto parts supplier Wanxiang Group outbid a United States-based firm, Johnson Controls, to purchase most of the assets of A123 Systems, which develops lithium-ion batteries, for about $256.6 million.

Chengdu-based Tianqi Lithium, which claims to be the world's largest hard rock lithium converter and makes a variety of raw materials for the battery industry, is another company that has clinched an overseas deal. In 2013, the battery raw material company became a major shareholder of Talison, a lithium producer with projects in Western Australia and Chile.

Experts said more Chinese firms will pursue M&A deals in the battery industry, as the government is charting steps to reduce its carbon footprint and optimize its energy mix, thereby sparking new interest in electric vehicles.

But up till now, there has been no major technological breakthrough in China's battery making industry, even with large investments.

Wang Jinliang, vice-chairman of the China Battery Industry Association, said that the next decade will be a vital time in the development of battery industry, and Chinese companies may face an industrial reshuffle.

The battery industry has also laid a solid foundation for other new-energy industries, as it is an important storage component of solar, wind and other renewable energy sources, electric vehicles and other emerging industries, said Wang.

In 2013, the Ministry of Finance said that it would extend a program of subsidies for buyers of electric-powered vehicles after the current subsidy regime, part of an effort to combat pollution in cities, expires in 2015.

The subsidies were designed to help China meet a goal of putting a half-million new-energy vehicles on the road by 2015 and 5 million by 2020. But currently there are only 20,000 to 30,000 electric cars on the road, far from the government's target.

Zhang is betting more Chinese customers will buy low-speed electric vehicles and use batteries for driving in small cities and in rural-urban fringe areas.

Realizing the electric vehicles will not take off any time soon, Tianneng is also putting efforts into developing energy storage systems to bank wind or solar electricity.

Tianneng has risen 10 percent this year in Hong Kong trading, outpacing the 2.3 percent gain in the benchmark Hang Seng Index.